The Replacements’ “I Will Dare”: Punk Rock Grows Up 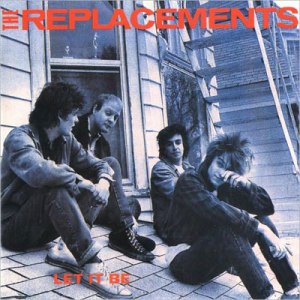 The passage of time can give clarity on whether a particular song, or a particular album, that in “real time” influenced your taste in music years or even decades later. For me, that song is “I Will Dare” by The Replacements, the lead track on the classic 1984 release they rather audaciously titled Let It Be.

Before they released Let It Be, The Replacements mostly produced sloppy, loud, fast rag tag stuff. That all changed in the first few minutes of Let It Be, when “I Will Dare” came chiming out of the speakers with its shuffling beat, its mandolin and its twelve-string guitar. The band took the British Invasion and The Byrds, stuck them both in the middle of the punk scene of the mid-80’s, and pointed the way to the future. Its leader, Paul Westerberg, also proved arguably to be the best songwriter of the decade, penning perfect lines like this one that punctuated “I Will Dare”: “How young are you?/How old am I?/Let’s count the rings/Around my eyes.”

But it was the chorus that made “I Will Dare” unforgettable, with its almost tongue-twisting rhythm: “Meet me anyplace or anywhere or anytime/Now, I don’t care/Meet me tonight/If you will dare, I will dare”:

Let It Be ultimately stood between two worlds for The Replacements. Westerberg sensitively tackled confused sexual identity in “Sixteen Blue” and “Androgynous” alongside old-school punk silliness for which the band was known previously in “Tommy Gets His Tonsils Out” and “Gary’s Got A Boner.”

But “I Will Dare” is the standout of the set. Its Big Star-influenced power pop would define the band’s next long-player, Tim, and make it one of the single best records of the 1980s. “I Will Dare” is where punk rock grew up and realized it could write and play beautifully. Almost everything I listen to today, and which is discussed in these pages, reaches back to that time in 1984 when I first heard “I Will Dare.”

One thought on “The Replacements’ “I Will Dare”: Punk Rock Grows Up”