Dig The Old School Retro Power Pop Of The Fans 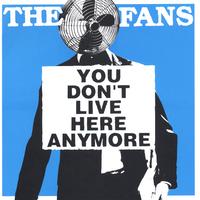 I’ve come into possession lately of a lot of old-school Power Pop from the late-70s and early-80s. Most of it would have been called “new wave” or “punk rock” at the time, although some of it pre-dates the invention or popular use of those two terms. All of it, though, featured bright guitars, driving beats, close harmonies and a rejection of the slurry mass of goo that most commercial “rock and roll” had become in the 1970s. “New Wave” was a misnomer. This stuff was retro. It sounded like 1965, but often on speed.

One such frenetic retro rocking Power Pop outfit was The Fans. The were formed in Bristol, England in 1978, and released a couple of singles on the wonderfully titled “Fried Egg” label before disbanding after a couple of years.

All of that, of course, makes it brilliant, and far better sounding thirty-five years later than its much more popular “album oriented rock” contemporaries:

Unlike a lot of old school Power Pop, the Fans’ short-lived output is not lost forever to history. A 17-track of odds and ends, including “You Don’t Live Here Anymore,” is available from CD Baby for $16.97. It’s worth checking out.