Soft And Loud Melodies From Andy Klingensmith And Glenn Robinson

Today’s reviews feature two albums from very different ends of the spectrum that nevertheless should both find their way onto the music device of any discerning fan of melodic pop and rock ‘n roll. 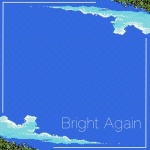 Andy Klingensmith, Bright Again: Klingensmith significantly ups the ante over 2013’s Pictures Of on this six-track EP intended to “bridge” his first two full-length releases. Although Klingensmith’s stunning, multi-tracked vocals and acoustic guitar remain at the forefront like they did last year, he also plays bass and keyboards on Bright Again while Riley Smith adds drums and Jay Gummert contributes subtle flutes and clarinets. There is nothing at all fleeting or half-baked on this “bridge” EP. The songs are rich and complex, and the arrangements yield a number of surprises that will keep your finger reaching for the repeat button.

The title track kicks of the set and builds consistently from its relatively breezy opening verses until it lands at an emotional conclusion some five minutes later amid swirling instrumentation. It likely will find a spot on my year-end list of the best songs of 2014 in eleven months:

The next track, “No Control,” starts in a somewhat conventional acoustic fashion until unexpected chord changes  wind their way in and out of the song. “Oh Miss No Name” features a cascade of harmonies surrounded by a steady, transfixing rhythm. It would feel quite at home on a Crosby, Stills & Nash album.”The Parade” is a quiet rumination on how memory effects how we see ourselves. An electric guitar comes seemingly from nowhere to nicely frame the two slightly different halves of “The Penultimate Color.”

The EP closes with “Peels & Feels,” an immersive sonic essay on expectation and hope, which makes it the perfect conclusion to this fully realized follow-up to Pictures Of:

In all respects, Bright Again exceeds Klingensmith’s stellar debut in both reach and grasp, and points to even bigger and better things from him in the months and years ahead. Its available as a “name your price” download, right here. 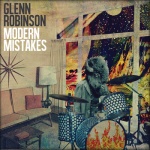 Glenn Robinson, Modern Mistakes: Twenty seconds into this debut solo project from Robinson — a drummer in many Rhode Island and Massachusetts bands over the past decade-and-a-half — and you know exactly where he is going. Its fast and loud, featuring driving guitars, propulsive percussion and ferocious vocals. Its anchored throughout by Robinson’s keen feel for melody, making the ten brief tracks on Modern Mistakes fly by in couple of a head-bopping moments.

Those first twenty seconds mentioned above? They fly out of the speakers from”The Worst,” in which Robinson conjures Black Flag at its most melodic and hummable:

The hooks keep on coming. “Gimme Insanity” would have had the kids singing its basic tag line — “gimme, gimme insanity/gimme, gimme insanity” — over-and-over again back in ’82. “Wavelength” is classic Power Pop, distinguished by Robinson’s raspy vocals:

Robinson says he wrote and first demoed “The Last Winner” in 2005: “I never once changed anything about it. It was one of those songs that kinda wrote itself. It’s ridiculously simple and fun to play.” Its a particularly fierce piece of pop-punk, to boot. “Hang Around And Stay Awhile” is also an older track, which Robinson first recorded in 2007. Its driven by a sinewy guitar riff snatched from 1977:

Modern Mistakes breaks no new ground, but Robinson did not set out to blaze any trails. Instead, he delivers twenty-seven minutes of ear-to-ear aggressive melodies to liven up your day. You can download Modern Mistakes for $5, right here, or get a CD for $10 from Kool Kat, right here.
.