From The Stacks: An Indie Pop Playlist 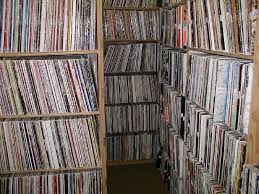 I have written previously that my single most used iOs “app” is Groove which, among other things, creates playlists automatically based on artist attributes in the Last.fm database. It also creates playlists based on genre “tags” appearing in that database.

One “tag” that appeared the other day on my device was “indie pop.” I gave it whirl. The results were quite good, so I took twelve of the tracks and uploaded a new playlist to the 8 Tracks site. It is embedded below, and can be heard in full, and in sequence, by clicking on the arrow in the embedded image. At 37 minutes in length, it would fit nicely on a 12-inch platter of vinyl.

What will you hear on “From The Stacks”?

There are several artists discussed previously on this site. Scott Brookman kicks off the set with “Karen,” a bit of Pet Sounds-inspired pop from his 2000 long-player, For Those Who Like Pop.

Wondermints contribute one of their lesser-known tracks, the jaunty Zombies-inspired “Sting O’ Luv,” from the long-unavailable Bali.

One of my favorite bands, The Sharp Things, check in with the subtly soulful, “The Devil In You Sings,” from an earlier LP, A Movable Feast.

The Corner Laughers close the set with the ukelele-driven sunshine pop of “Chicken Bingo,” which starts with one of my all-time favorite couplets: “they asked us where we came from, we said San Francisco/they asked again, we said outer space.” You can get that one here.

Along the way, the set list includes a track by the late, great Elliot Smith and a country-inspired ditty by Hippodrome, sung by Chris Richards, who also has been discussed several times previously on this site.

5 thoughts on “From The Stacks: An Indie Pop Playlist”