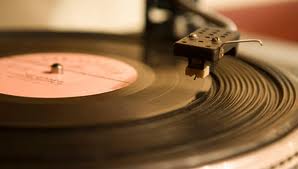 As a compliment to this blog, I launched my own on-line streaming radio station at Live365. It streams 24-7, and plays the music discussed on this blog, and a whole lot more.

More specifically, you will hear today’s best indie pop artists, particularly those that placed a track on my  Top 20 of 2013 — Eric Barao, The Sharp Things, Nick Piunti, An American Underdog, Stephen Lawrenson, Wyatt Funderburk, Lisa Mychols, And The Professors, Vegas With Randolph, Bye Bye Blackbirds, etc. The artists featured in my recent Indie Pop Playlist post feature prominently, as do those in my earlier two posts on playlists I created and uploaded. Those can be found here and here.

You also will hear Power Pop dating to its inception in the 1970s, both well-known (The Raspberries, Big Star, The Plimsouls), and somewhat obscure (The Pranks, The Secrets*, Gary Charlson, The Shivvers).

Early New Wave and Punk Rock is prominently featured, and represented by the likes of Elvis Costello, The Clash, Blondie, The Jam, and Joe Jackson.

The alternative rock scene starting in the early-1980s checks in with R.E.M., The Replacements, Husker Du, The Pixies, Guided By Voices, and others.

There are also doses of 60s rock from The Beatles, The Kinks, The Small Faces, Manfred Mann, The Beach Boys, The Zombies, Love, The Move, The Creation, The Pretty Things, etc.

So, stop by frequently. I plan to rotate tracks into the playlist — more than 44 hours long — from my personal library on a weekly basis. Just follow this link.