Archive for the tag “Dion” 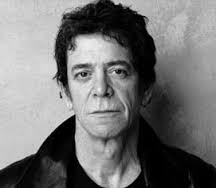 The intrepid curators of the PowerPop blog unearthed and posted a wonderful piece of formerly lost pop music history — a 20 year-old “Lewis” Reed making like Dion a couple of years before the Beatles first landed in the United States. You can check out “Lewis” bouncing his way through the minute-fifty nine “Your Love” right here. It’s a nice surprise.

I bring this up because the tributes to Reed following his passing focused generally on the same things. AP’s tribute to the “iconic punk poet” is fairly typical:

His trademarks were a monotone of surprising emotional range and power; slashing, grinding guitar; and lyrics that were complex, yet conversational, designed to make you feel as if Reed were seated next to you. Known for his cold stare and gaunt features, he was a cynic and a seeker who seemed to embody downtown Manhattan culture of the 1960s and ’70s and was as essential a New York artist as Martin Scorsese or Woody Allen. Reed’s New York was a jaded city of drag queens, drug addicts and violence, but it was also as wondrous as any Allen comedy, with so many of Reed’s songs explorations of right and wrong and quests for transcendence.

Although I have no real quarrel with that, it forgets that Reed could also pen the perfect melody. The 20-year-old “Lewis” heard on “Your Love” persisted through Reed’s later excursions into “slashing” and “grinding” guitars to write some of the best and most enduring pop music of the past fifty years.

One of the best examples of Reed’s pop instincts in action is “Stephanie Says,” which was recorded in 1968 but did not officially see the light of day until 1985. Its lilting strings and celesta (a keyboard instrument with metal plates struck by hammers to produce bell-like tones) give it a baroque feel. The power of the lyrics derive from the way the words sound together instead of whatever they might mean:

Here it is, complete with lyrics:

The celesta also “propels” another one of Reed’s pure pop masterpieces, the lush and daydreamy “Sunday Morning,” the track that kicks off The Velvet Underground With Nico. Its words are also memorable, and stick in your mind, based on how they sound strung together so simply and precisely:

Watch out, the world’s behind you/There’s always someone around you who will call/It’s nothing at all

I first discovered Reed and The Velvet Underground in the 80s when my I was rocking to The Clash and other kindred spirits. “I’m Waiting for the Man” and “Heroin” were, and remain, great songs about “the downtown Manhattan culture of the 60s.” But I always preferred “Stephanie Says” and “Sunday Morning,” as well as songs like “Sweet Jane,” “Pale Blue Eyes” and “What Goes On.”