Archive for the tag “John Lennon”

Powerpop compilations are a good bargain. You get a lot of songs, by a lot of different artists. They’re inexpensive. You get an “instant playlist” created by someone else. You also get to sample tracks you may have overlooked or never knew even existed.

The International Pop Overthrow CDs — coniciding witht the annual multi-city Powerpop festivals of the same name — are well-known in this regard. Not Lame Recordings released several spectacular Powerpop complilations before closing its doors in 2010. SymPophony #1 and its Six Years Of Powerpop are particularly noteworthy. The company’s former owner, Bruce Brodeen, continues to release compliations through his new venture, Pop Geek Heaven.

The “Original Soundtrack” to the Powerpaholic Fest held this past September in Port Jefferson, New York, is a newcomer to the field, and its also a good one. The collection is put out by the folks behind the Powerpopaholic blog, which has been listed on the blogroll on the right-side of this page for the past year.

The really good stuff in this set comes early.

Lannie Flowers kicks off the set. “Give Me A Chance,” from his 2008 release Same Old Story, itself appears on at least two Powerpop compilations that I have, and for good reason. Its a jangle pop classic that will stew around in your mind for days and days. “Come On Girl,” on this collection, is in the same vein with its perfect melodic hooks and jangly guitars right out of 1965. Here it is:

Cliff Hillis, who sang and played on Starbelly’s classic 1998 release Lemonfresh — about which I wrote recently on another site — contributes “Taking Tree” from his recent release, Dream Good. The song conjures XTC and late-60s Kinks, and throws in short, bouncy beats to keep you bopping.

“Every Now And Then” by The Honeymoon Stallions sound like a lost track from John Lennon’s Double Fantasy. “Bawl And Change” by King Washington harkens to the early-70s days of Badfinger and Big Star. Eytan Mirsky’s “Another Week Or Two” is pure pop goodness that flies by in its 3 minutes, 41 seconds.

Is everything on the “Original Soundtrack” as good as those five songs? Of course not. But the collection runs the gamut of the broad genre of Powerpop, from simple songs with loud, fast bright and shiny guitars to introspective pieces with more complex arrangements.

In a perfect world, the set would give you 18 big fat hits by 18 original artists, just like the old K-Tel collections from the 1970s. The Powerpopahlic folks even made their own “K-Tel style commercial” to commemorate the release:

Go check out the Powerpopaholic “Original Soundtrack.” Complete tracks can be sampled, and the entire collection purchased in any format you desire, on Bandcamp. And, for good measure, all profits go to Sandy relief efforts. 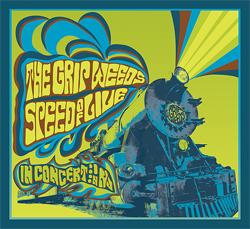